Last weekend, Adam and I shared a banana for breakfast (with some King Cake…yummy!). For reasons I can’t explain, I decided to stick the Chiquita banana sticker on Nani’s head. Amazingly…and hilariously, she had no clue it was there!

I just kept thinking…you know when you try to put a gift bow on someone’s head at Christmas or a birthday party? And you hope with all your might that they won’t see it and will walk around with it smack on the top of their head for at least a few minutes?! Ok…I know I can’t be the only one who used to do that as a kid…right?

Whatever, this time she didn’t know it was there and it was SO funny. But maybe you just had to be there.

To make it even funnier, I moved the sticker to her forehead. And to top it all off, we decided to just leave it and see how long it stayed there! Unbelievably, it lasted 6 hours. Yes, 6! That’s when Adam said I was being mean and made me take it off. Every party has a pooper…

But, in the meantime, the sticker had survived multiple naps, playtime, and a short walk outside! Here are a few photos I took of our little Chiquita Girl: 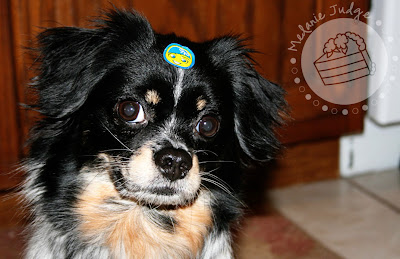 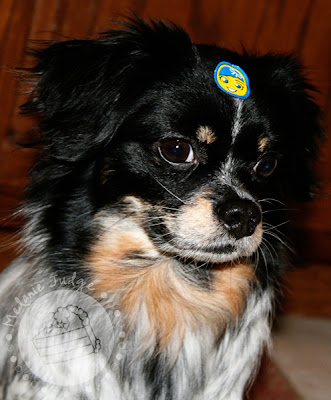 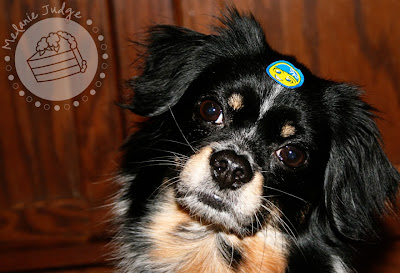 Ok, I know what you’re thinking. “She’s so darn cute! And Adam was right – that’s mean to leave that sticker on her head for hours.”

And my response? Well…yea, she’s cute. But she’s also a real booger sometimes! This was just a little payback for those countless hours when she plays with all of her squeaking toys! Muahahaha.

2 thoughts on “Our Little Chiquita Girl”