As I mentioned in my last post, I took a hands-on class with Bronwen Weber at the ICES Convention this year. The idea was to make 3 different faces out of 3 different sugar mediums. The first face was a little cartoon-y and made of marzipan (the yummy-smelling almond paste you can buy at the grocery store). The second face was made of fondant and was a little more realistic. I tried to make my second face a girl, which was difficult because Bronwen was only showing us male faces. They can both use some work, but here they are (male marzipan face on the left and female fondant face on the right): 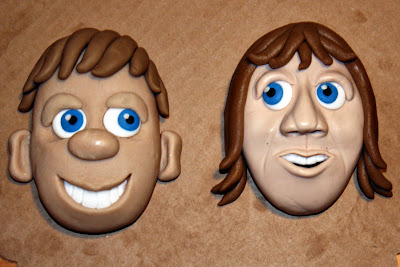 The last face we were supposed to learn was one out of modeling chocolate. We ran out of time to do this in class, but here’s Bronwen’s example: 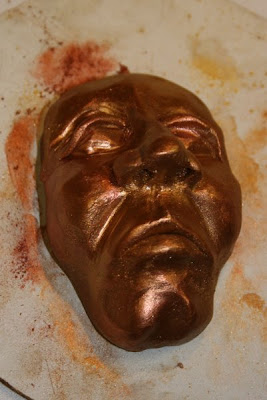 She dusted it with edible copper and gold luster dusts so it looks like a bronze statue. Pretty nice, huh?

3 thoughts on “Making Faces with Bronwen!”