I recently stumbled upon Drop In & Decorate while I was killing time on the black hole that is the internet. As soon as I read what it was, I knew I had to participate!

In a nutshell, Drop In & Decorate is a nonprofit organization based in Rhode Island. Their mission is to inspire people to bake cookies, invite friends/family over to decorate them, and then donate the cookies to a local charity.

I couldn’t have asked for a better excuse to invite some girlfriends over for girl talk, champagne, and dessert! 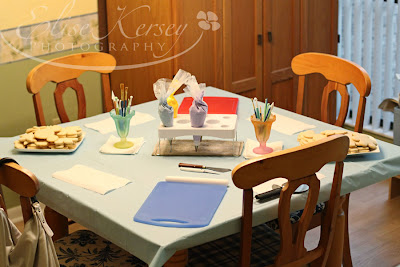 I made bunches and bunches of sugar cookies ahead of time. And, in addition to the royal icing that Drop In & Decorate uses, I had marshmallow fondant available in case anyone felt ambitious. (That’s what the cutting boards and other tools are for.)* I think we all agreed that the royal icing was a lot easier and quicker to use though! 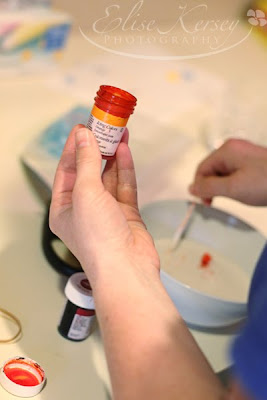 Nikki was the lucky duck who arrived early and was given the task of coloring the icing. 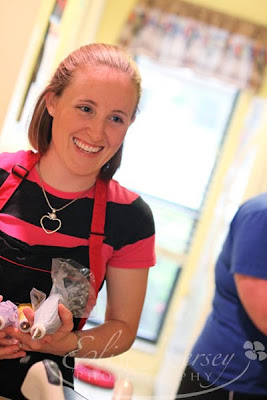 I basically let her take over while I socialized. Isn’t that what the hostess** is supposed to do??? 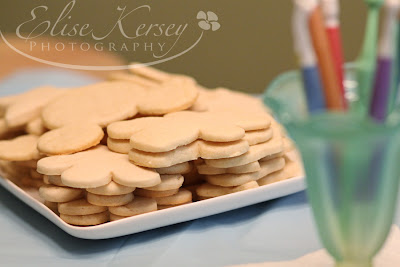 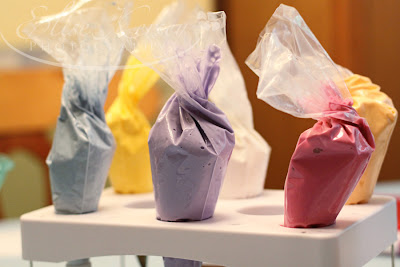 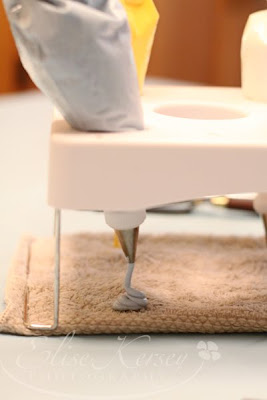 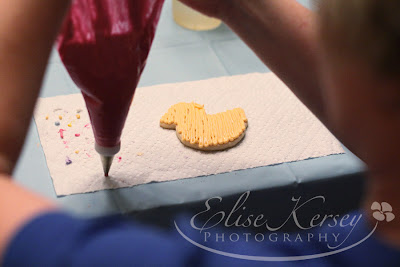 We had a blast decorating the cookies! It was neat to see everyone’s styles. Nikki (pictured above) quickly realized she like the striped pattern. Nicole tried just about every technique in the book. Kathleen was painstakingly slow but her cookies were by far the best. And Elise talked more than she decorated! 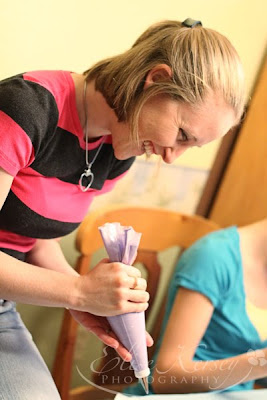 An example of one of Kathleen’s beauties:

And here are some of Nicole’s: 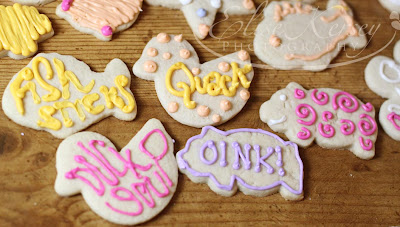 Nikki brought over some Derby Pie in honor of the Kentucky Derby so we served it piping hot and gooey! 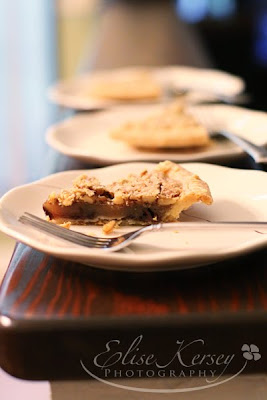 In the end, we had about 90 (I think) decorated cookies! The following day, I boxed them up and delivered them to the Ronald McDonald House. They were SO appreciative! 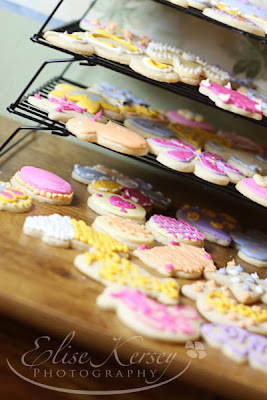 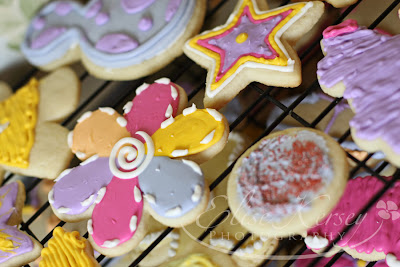 I hope that by seeing these photos you are inspired to host your own cookie party. If your kids get bored this summer, make some cookies for a local charity! It’s really not that much prep work, and it’s so worth it in the end when you can brighten someone else’s day!

*Luis & Carrie, did you recognize the ice cream cups on the table?! Great wedding gift!
**Robin, I hope you noticed I was wearing my extra-special, fashionable Boar’s Head apron!

Again, all photos by Elise Kersey!

1 thought on “Drop In and Decorate”