We’ve discovered what kind of dog Nani is!

Since we adopted Nani from the Gainesville Pet Rescue, we have no information about her history or even her breed. In fact, the vet expected her to be at least 20 pounds at maturity. Needless to say, that’s not happening since she’s turning 2 this month and has been a stable 11 pounds for some time now!

Anyway, last Saturday, Adam and I were browsing books at Barnes & Noble when we came across a Dog Encyclopedia. We looked up the dogs people have suggested she might be…Pekingese, Australian Shephard, Papillon…no, no, no…those don’t seem right…I flipped a couple of pages back, and there she was! Nani was practically staring back at me from the page! This is the image straight out of the encyclopedia: 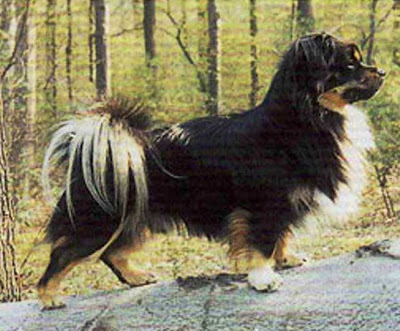 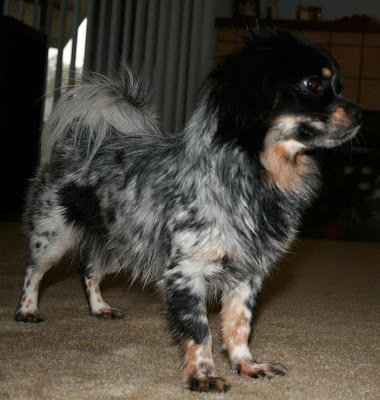 Are you convinced?! This photo of Nani was taken just after a bath so her hair is a little bit spikier than normal…and the random dog above doesn’t look like he’s had a haircut in a long time! I give Nani a trim at least every month. But let’s compare. Both dogs have:

Now are you convinced?! I am!

What is this amazing breed? Damchi! According to Wikipedia and the dog encyclopedia, these dogs originated in Bhutan and are 13-17 inches tall. While both sites claim these dogs might also be found in Germany, they are unsure if the breed exists elsewhere. Now we have proof! The Damchi has somehow crossed the ocean and entered our lives!

Is she really a Damchi? Who knows…we may never know…but I like it!

6 thoughts on “A Serendipitous Discovery!”