Last week, for fun and for part of my audition tape to the new Cake Boss show on TLC, I made a soccer cleat cake! Nothing fancy…just a shoe with some Adidas stripes down the side. 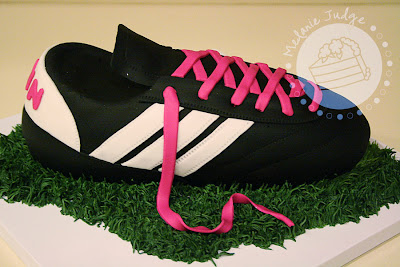 But instead of writing “Adidas” on the back, I wanted to write a country’s name. At this point, we were down to 4 teams in the finals…and I picked Spain! Why? Because “Netherlands,” “Germany,” and “Uruguay” were too long to write… 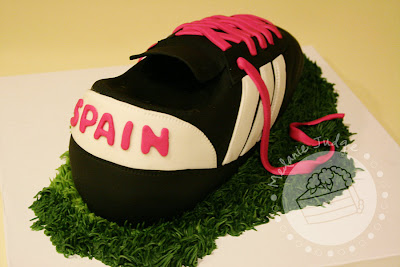 So I’m rooting for Spain today in the finals match! I guess I made a pretty good choice because Paul the Oracle Octopus agrees:

But back to the cake…Our friend Mike was visiting last weekend. He’s a big guy. He’s 6’8″ to my 5’1″…to give you an idea of the size difference, I once wore my sneakers INSIDE his and walked around the house. Mmhm. So the boy needs food, and he was eying the cake all night. I finally realized that he was not eating it only because he didn’t want to make the first cut. But as soon as I said, “Mike, please eat some cake.” He stopped what he was doing and said, “Really? How do I cut it?”

It’s always fun to watch people cut a cake for the first time so here are the pictures of Mike cutting it: 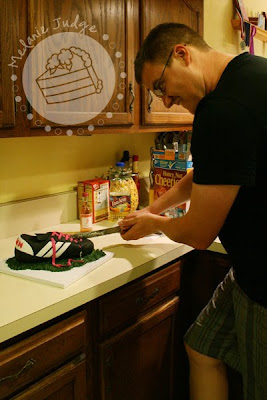 Notice how he put the let into it…for added emphasis. 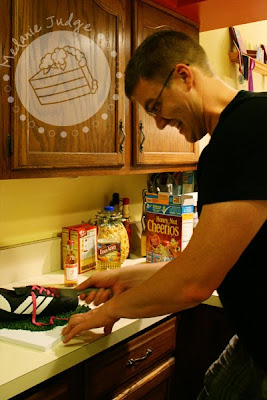 Oooo, scary face! Is that the face you make when you play video games??? 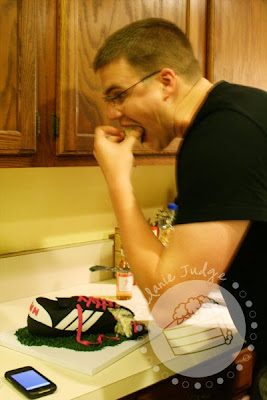 So who will win the world cup today? Oranje or Roja? Viva la Roja! 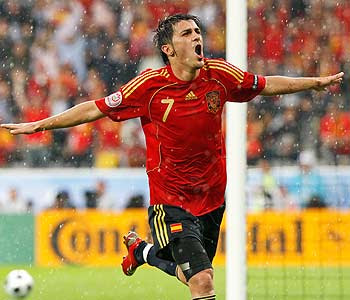