So now that we’ve made a TON of homemade marshmallows, what do we do with them?

There’s always the old stand-by…S’mores! Think about it. A banana-flavored marshmallow melted on a bed of dark chocolate between two graham crackers. Wow. Or wait! Smear a little peanut butter on one of the graham crackers…now you’re talking!

Or we could simply dip some of the marshmallows in chocolate – yummy!

What else comes to mind? Rice Krispie treats, of course! 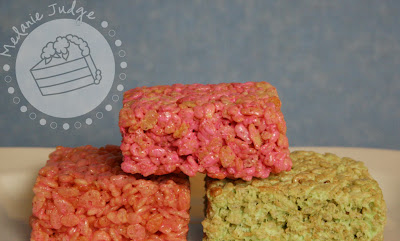 How about watermelon-, raspberry-, and key lime-flavored Rice Krispie treats? Most Rice Krispie recipes call for 16 ounces of marshmallows so just weigh your flavored ones out and continue with the recipe. 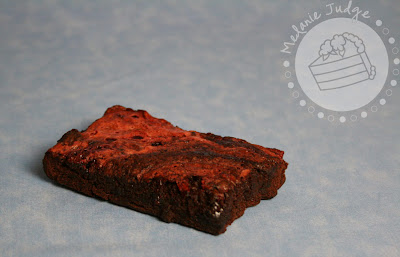 And for those of you who feel ambitious, make some marshmallow fondant.

Place marshmallows and water in a microwave-safe bowl, and microwave at 30 second intervals until completely melted. Place half of the confectioner’s sugar in the bowl of a stand mixer fitted with the paddle attachment. Pour the melted marshmallows into the mixing bowl and mix until incorporated. Gradually add the remaining sugar. (Switch to the dough hook if your fondant gets too thick for the paddle.) Remove the fondant from the mixer and knead a few times. Wrap tightly in plastic wrap and allow it to cool completely before using.

*This recipe can be easily halved if you want to make smaller batches of fondant.

Then, use this marshmallow fondant to decorate sugar cookies! I like to apply a thin coat of buttercream icing to the cookie (adds flavor and helps the fondant stick) and then add the fondant. Be creative! Here, I’ve decorated my cookies with raspberry, coconut, banana, and plain marshmallow fondant. 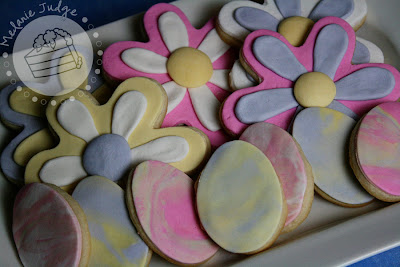 And now for those of you who enjoy unnecessary challenges in life, try making some marshmallow mints!

If you do this, you won’t let your marshmallows set up in the refrigerator in a pan. Take the fresh marshmallow mixture that you’ve flavored with peppermint extract straight out of your stand mixer and follow these steps: 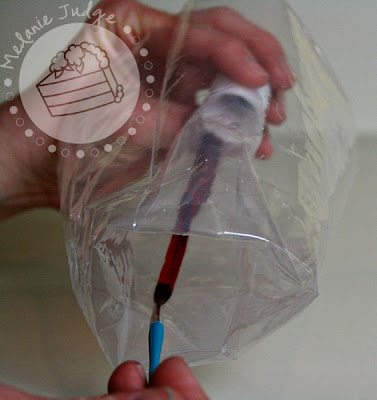 Step 1: Using a clean paint brush (that has never been used on paint!) and gel/paste food colors, stripe a piping bag that has been fitted with a tip 12. Just paint 3 stripes up the sides of the bag. 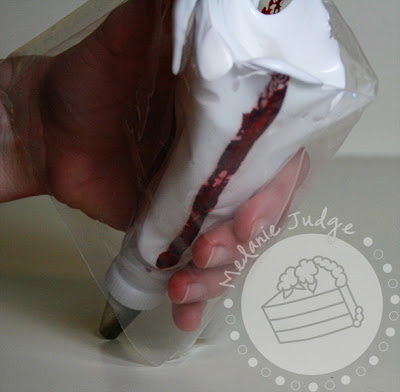 Step 2: Fill the bag with your warm marshmallow mixture. 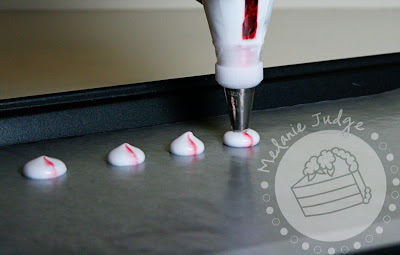 Step 3: Squeeze some of the mixture through the tip into a separate bowl until you see your color stripes beginning to appear. Then begin to pipe polka dots on a cookie sheet lined with wax paper. (Learn from my mistake: Dust your wax paper with confectioner’s sugar. It will be a WHOLE lot easier to remove them when they’re chilled.) 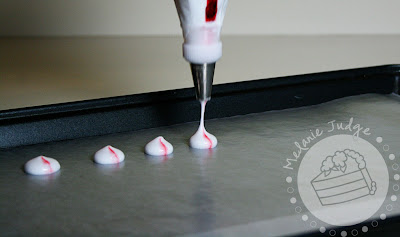 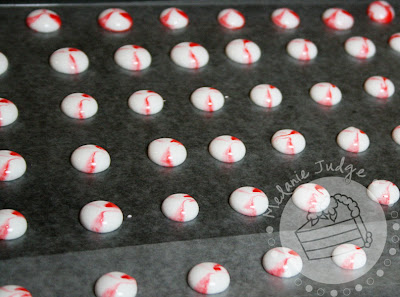 Be careful when flavoring these marshmallows. The LorAnn’s peppermint oil is strong! Adam says my marshmallow mints are “curiously strong” like Altoids. Nice!