Back in December, Adam and I went to Mulberry, Indiana to celebrate his Grandma’s 80th birthday! Adam was born in Indiana, and his dad’s side of the family is all from there. This was my first trip to Mulberry – and Indiana for that matter – so it was exciting to finally see all the places I’ve only heard about in stories.

Of course, I volunteered to bring the cake! But there were a few complications:
A) We were flying and it’s simply not that easy to carry a cake onto a plane after 9/11,
B) We were expecting anywhere between 100 and 200 people at the party, and
C) We wouldn’t be in Mulberry early enough for me to make the cake there.

So…I decided to make a dummy cake to put on display at the party. That means the cake I’m about to show you is Styrofoam, but all of the decorations are edible. When I asked Adam’s Grandma, Coralee, what she wanted her cake to look like, she said she wanted it to represent her love of traveling, all the places she’s visited, her faith in God, and her love of painting. Wow! That’s a tall order! How do you tastefully combine all of those? No really…how?

After a lot of brainstorming, I finally decided to make a cake that looked like a pile of old-fashioned suitcases: 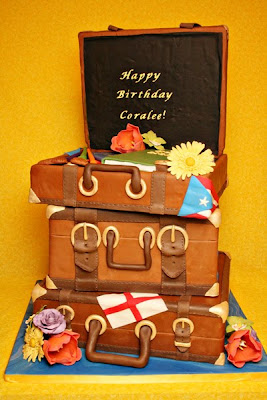 On the suitcases, I put the flags of some of the countries Coralee has visited. And the top suitcase was propped open to show that she had “packed” her art supplies, Bible, and passport. To make the whole thing a little more feminine, I added a sprinkling of gum paste tulips, orchids, daisies, and roses. 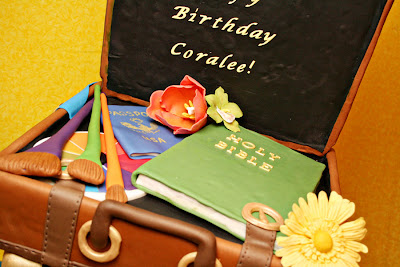 Then, I packed the whole thing up in 2 boxes with lots of bubble wrap. We checked the boxes. You heard me right. CHECKED! They were too big to carry on the plane so we trusted them to the airport employees who always handle our bags so *cough* gently. Well, the “cake” made it mostly unharmed. All 3 paint brushes were broken and the Bible, although undamaged, was completely ripped off the cake. I guess the security workers were curious… 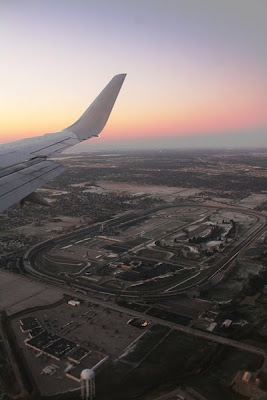 I love taking pictures from the plane. Here’s a great shot as we flew over the Indianapolis Speedway! This one’s for you, Mom. *wink*

And here’s another fun shot from downtown Lafayette (home of Purdue University). 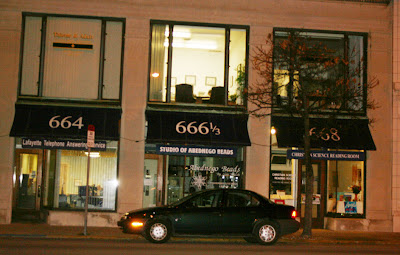 So what do Mulberrians do for fun these days? Well…. 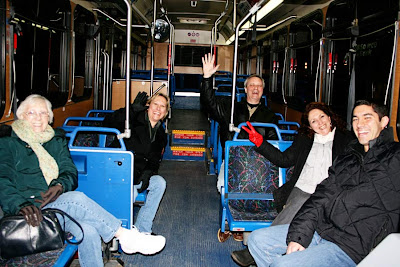 Ride the bus, of course! 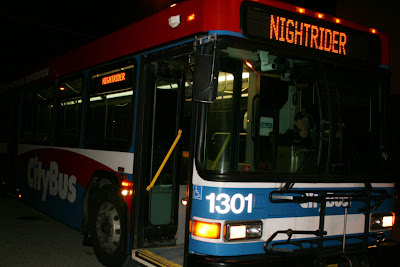 Adam’s cousin, Lisa, is now a bus driver extraordinaire on Purdue’s campus so we all went for a ride! 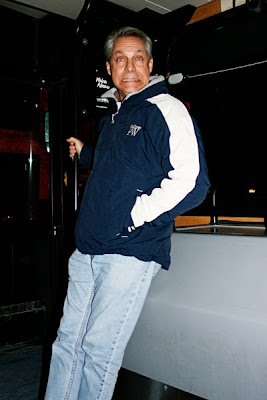 Nah, it was great! We rode the whole loop, which even included a THREE POINT TURN! Wowsers! If Lisa’s boss is reading this: Lisa was an excellent driver. She was very attentive to pedestrians and other traffic. And…this photo was definitely taken while the bus was in park! 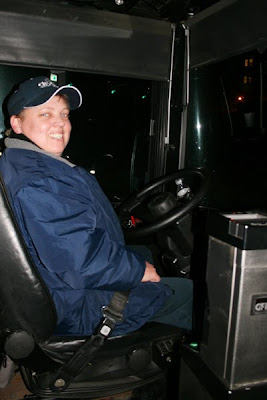 It was a non-stop, fun-filled weekend because the next day was Coralee’s party! Here we are with the dummy cake and the two sheet cakes Uncle Doug bought. One of the cakes had the Great Wall of China on it and the other (which you can’t see in this photo) had the Mayan ruins on it. But, more importantly, they were yummy! 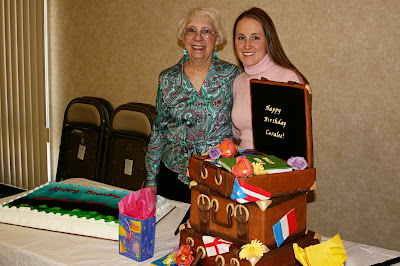 Adam and I were in charge of the decorations at the party: 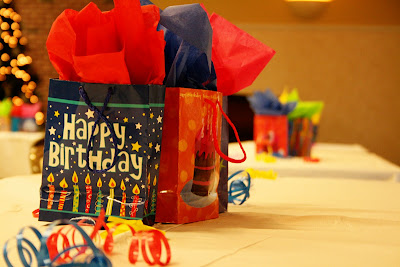 Don’t be mean. We were given this task at the last second only because nobody else had thought about it. We did our shopping at the dollar store, and for 15 bucks, I think the room looked spectacular!

I won’t bore you with photos of people you don’t know…but I have to show you these 2: 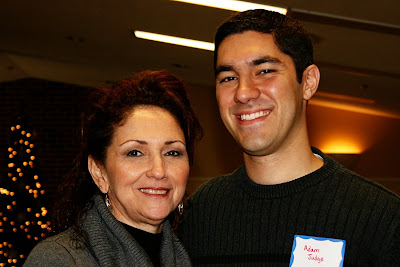 Adam and his Mommy. They both look so nice in the photo, don’t you think?

And, the group shot of the Judge clan: 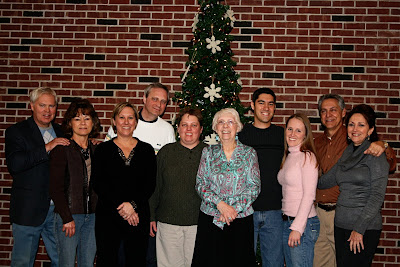 2 thoughts on “Another Loose End…”