Today, we’re going to take a trip back in time.  This is a retro cake we made in October so let’s take a walk down memory lane while the birthday girl remembers the fun of her youth!

Shannon asked us to make a mod, retro cake from the 1960s for her 50th birthday party.  She was going all out and even asked the guests to arrive in costume!  The ultimate flashback party!

We designed the cake with Shannon by using components she’d seen on other cakes and patterns taken off her party decor.

END_OF_DOCUMENT_TOKEN_TO_BE_REPLACED

We decorated a very special birthday cake this week.  Well, all our cakes are special in their own way, but this one stood out because this is the 3rd cake we’ve made for this family.

Vivian’s birthday was quickly approaching and she was browsing our website with her Mom.  Vivian said, “Mom, there’s Kyle’s cake (the Graffiti cake under “Graduations”) and there’s Ava’s cake.  I’m the only one without a cake on their website!”

Well, that just won’t do!  Vivian’s only request for her birthday cake was that it include their family pets – an American Bulldog and a Pug.  No problem!

END_OF_DOCUMENT_TOKEN_TO_BE_REPLACED

We love repeat customers!  In July, Sara asked us to make her daughter’s 1st birthday cake – a Mickey Mouse cake and cupcakes.  The month of August brings her Mom’s birthday so she asked us to create a sunflower cake.

To make the sunflower, each petal was hand-cut, hand-molded, and hand-colored.  We iced the cake in green buttercream and topped it with almost 50 petals!

Gianna turned 1 on July 10th!  Did you see the sneak peek of her birthday cake on Facebook?

Her cake was based on the birthday party invitation with lime green and two tones of pink, and the owl topper was replicated directly from the invitation!

END_OF_DOCUMENT_TOKEN_TO_BE_REPLACED

It’s traditional for wedding cakes to be white cake with white filling and white decorations. But, more and more, brides & grooms are choosing to incorporate nontraditional fillings (like guava, Bavarian cream, or raspberry) and using…*gasp*…COLOR on the cakes!

Of course, there is such a thing as too much color (think fluorescent green, orange, etc)…but bringing in touches of your wedding accent colors can really help decorate your reception.

Here’s a cake we made for a bride and groom who were having an orange and blue wedding: 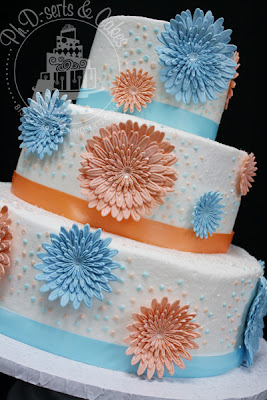 The cake was iced in white buttercream, and we wrapped real ribbon around the base of each cake tier. 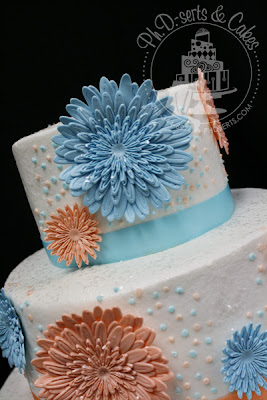 The daisies were all hand-made from gum paste and attached to the cake. Then, we added a sprinkling of orange and blue polka dots around the daisies. 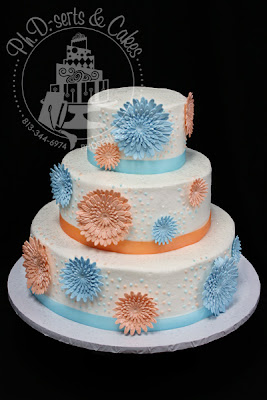 It’s just enough color to bring the cake to life and still keep it elegant and formal. I love color on cakes, don’t you?! 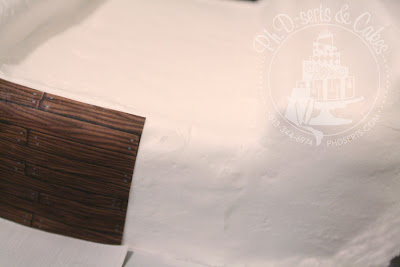 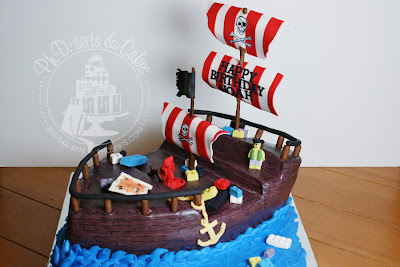 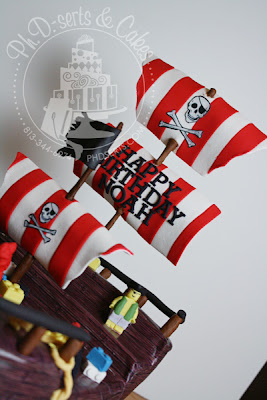 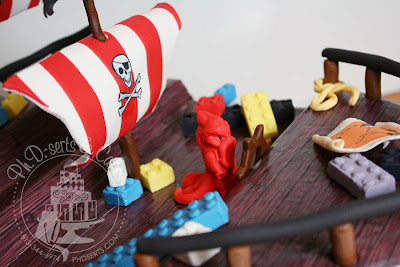 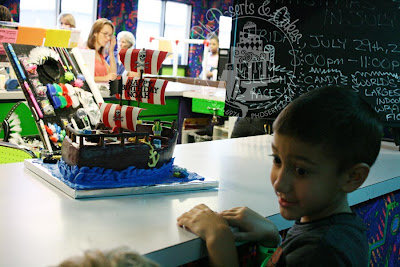 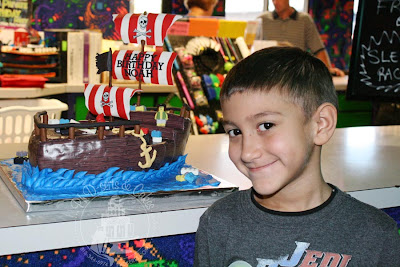 Subscribe to our RSS feed to stay up to date on the latest news and tips from Dr. Mel!